Almost $28m of sales in just one eventful evening

Spring selling season is off to a flying start in the east, reports the eastern-suburbs property market wasted no time gearing up for spring, with buyers and sellers gathering under one roof for an incredible start to selling season. 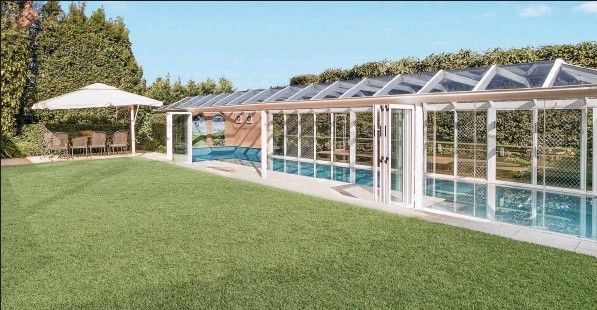 The garden and pool at 48 Kambala Rd, Bellevue Hill.

At in-room auctions on Thursday night, Ray White Double Bay offloaded $27.5 million of property in one sitting, at an average of more than $300,000 a minute.

Eight properties sold under the hammer, for a clearance rate of 89 per cent, proving buyer demand is thriving at the same lofty level as in late-2013.

Ray White Double Bay principal Craig Pontey was not surprised by the impressive results. “There is a lot of confidence in the market and that has stayed consistent throughout the whole year,” Mr Pontey said. “There was really no doubt that the beginning of the spring market would see a lot of buyer activity.”

The top sale was 48 Kambala Rd, Bellevue Hill, which went for $8.3 million. The five-bedroom home came with a 923sq m block, a selection of formal and informal living areas, and self-contained studio.