At Ray White Double Bay we are a big office but we are also big hearted and donated more than $25,000 to local charities last week.

As part of this years City2Surf we raised just over $20,000 with all proceeds going to MND Australia.

An up and coming star agent of our office sadly lost his father earlier in the year to Motor Neuron Disease (MND) and it didn’t take long for members of our team to rally behind him and raise awareness of this disease.

Director, Elliott Placks said fund-raising was a pivotal part of the agency’s core beliefs and values.

“Giving back to our community and to those who are in need is part of the DNA at Ray White Double Bay,” Mr Placks said.

“To give back to a community that’s been so generous to us, is part of our family values and it’s a humbling feeling seeing members of the team jump into support one of their own.”

“To raise just over $20,000, doubling their original target of $10,000 was an amazing achievement, something we’re all very proud of,” My Placks said. 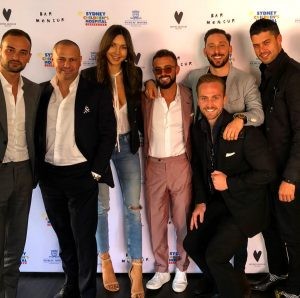 With all proceeds going towards the Sydney Children’s Hospital the event raised over $125,000 the  Palliative Care Unit.

“The Waugh Family put on a great day for a truly fantastic and humbling cause – hearing stories from parents with their kids in Sydney Children’s Hospital Palliative Care Unit was something I won’t forget,” Mr Rubinstein said.

“The work the palliative unit does is nothing short of extraordinary and it’s important to me to support those who make such a difference.”