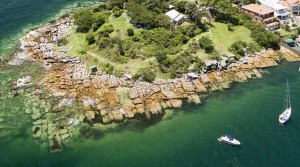 The picturesque suburb of Vaucluse has long been admired for its sweeping harbour views and stately architecture. An Eastern Suburb Gem, where the rich and famous mingle. As the prime Eastern Suburbs Realtor Ray White Double Bays have some insider tips of where to wine and dine in Vaucluse:

The Grumpy Baker: With a repertoire now that now includes Traditional Pumpernickel, Fig and Walnut Sourdough (made with lashings of butter and honey), Organic Carrot Loaf, Linseed Soy and 3-Grain, Pugeliese Turkish Bread (with Olive Oil which bubbles through the bread whilst baking) along with a huge range of Baguettes, Ciabatta and more. This is definitely some of the best baking in Sydney, with beautiful location to boot! 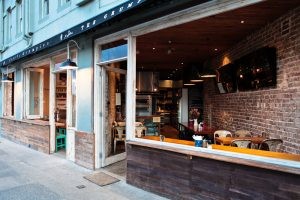 Little Israel: Just next door to the Grumpy Baker. Here you will find simple, rustic food like no other in the area — it’s packed with exotic flavour and cooked over a charcoal grill just as it has been done in Israel for generations. One of the favourites included on the menu are the beef kebabs, created from a recipe handed down from Michael the owners Romanian father.

Pigeon Hole: The team behind Grumpy Baker have expanded their bakery-café into a restaurant for laid-back dinners, they have opened Little Grumpies cooking school for children next door and now they have opened a Lilliputian sized wine bar aptly named the Pigeonhole. This warm, earthy space is serving full-throttled Modern Australian fare with Middle Eastern undertones and a serious list of drops.

After exploring the delicious café’s head down to one of Vaucluse’s beautiful beaches. There are two quiet beaches within Sydney Harbour National Park. Shark Beach in Nielsen Park has a netted swimming area and is great for snorkelling, while Milk Beach, a short walk from the park, is an isolated stretch of coastline that offers its few visitors a dramatic view of Sydney. Both are great for families. 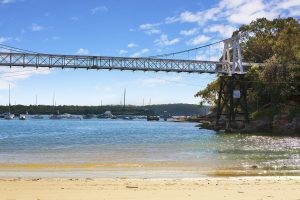