Regardless of social class or what family your were born into, owning a home is an element in every young Australian’s dream. In many Australian’s eyes, an obvious trophy of success is a growing portfolio.

This notion has been adopted by Australian’s dating back to the early 1800’s and has remain the centre of focus for many. It is a symbol of financial success, independence and sets one free from whims of an unpredictable landlord.

Owning your own business and being ones’ own boss also represents fulfilment. However for the better part of a century, any reference to Australian aspirations — great or otherwise — meant buying a house. A recent ANU poll found more than three quarters of Australians viewed home ownership as part of “the Australian way of life”.

The idea, the so called Australian Dream can be referenced with the record-breaking demand for eastern suburbs property year after year. The luxury property market in Sydney’s Eastern Suburbs has risen at an annualised 6.1%, reported by Corelogic. There are 12 suburbs in the index – Elizabeth Bay, Woollahra, Dover Heights, Rose Bay, Paddington, Potts Point, Watsons Bay, Bellevue Hill, Double Bay, Point Piper, Vaucluse and Darling Point. Many of these residencies are truly one of kind displays of history and true Sydney heritage. This Bellevue Hill home (listed below), is one of the most luxurious pieces of real estate in Sydney on offer to market today (featured) – For sale by Ray White Double Bay. 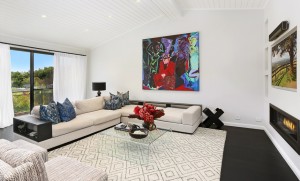