ALEX Mestanov is the quintessential battler made good.

The retiree, who fled Bulgaria at age 25 when it was still controlled by the Communist Party by building a step ladder with a crane to help his pregnant wife over an electrified fence into former Yugoslavia – is today selling his multi-million property in the heart of blue chip Watsons Bay.

The former small business owner has owned his three bedroom home with the dress circle address at 2 Cliff St, Watsons Bay for the last 16 years.

His story is one of hard work and sheer determination after arriving in Sydney as a refugee and going on to save enough to buy his dream house in affluent Watsons Bay.

“In 1980 I came here and almost by accident we bought some fish and chips from Doyles, and I said to my wife that I wanted to buy a buy a property here. At the time we were living in Cabramatta, and she said I was dreaming,” Mr Mestanov said.

“But we worked hard in Cabramatta – I worked seven days a week and never had a break.  I had a few takeaway businesses and I sold them on and later I sold my Gold Coast house, and I bought a business in Liverpool and then bought here in Watsons Bay.

“The previous owner of my home refused to sell to Doyles as the property had been in her family for 100 years.”

Now Mr Mestanov has an approved DA for a three story development on his property to take full advantage of the harbour view with a mixed-use apartment complex, a penthouse, plus another two level house style apartment and a 20 seat cafe.

“It offers scope for significant future capitalisation, with the possibility to completely renovate or knock down and build a boutique apartment complex.  Alternatively, take advantage of the Special Purpose Tourist Zoning (SP3) which allows development for Tourist and Visitor Accommodation purposes (STCA),” Tony Braham said.

“Set on famous Cliff St with city skyline views, there is potential to capture picture-perfect harbour views from additional levels.

“This once in a lifetime opportunity is a stroll from the ferry, great cafes, bars, restaurants and stunning coastal walks.”

Mr Mestanov, now a grandfather with three small grandchildren, says he’s keen to stay in the area when he sells.

“To be honest I don’t want leave on Watson’s Bay, I love it here. The opportunity is immense for someone to take advantage of this unique opportunity,” he said.

“Watsons Bay is where the beautiful people want to come and play, and eat and live.” 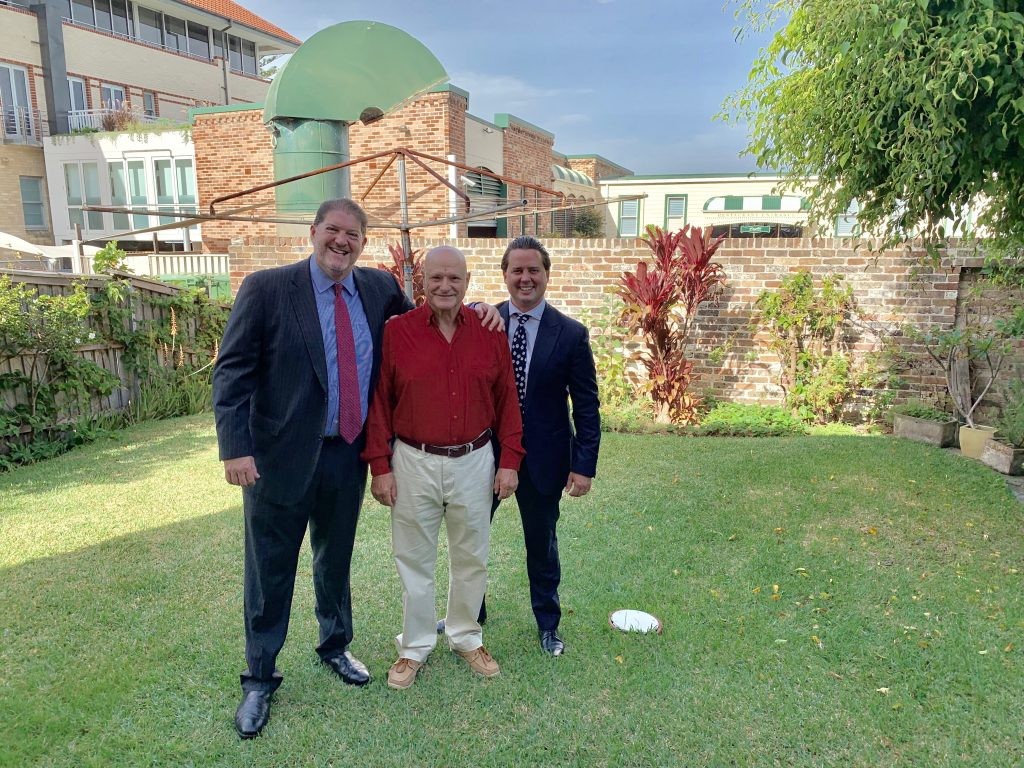